Day 14 - our heroine learns not to expect fame and fortune 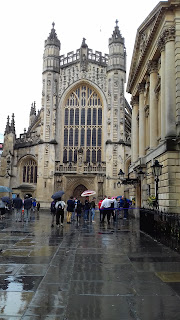 I've been to Bath today where events to commemorate Jane Austen are in full flow. Austen died 200 years ago this month. For a short time Jane Austen lived in Bath and the city is keen to celebrate their famous resident.

But despite the high regard in which she is now held, her writing career didn't bring her the fame and fortune one would expect.

Of the six novels for which she is famous, only four were published while she lived, and they were anonymous: ‘By a lady’ was the only clue given on the cover of ‘Sense and Sensibility’. ‘Pride and Prejudice’, Mansfield Park’ and ‘Emma’ were the others which she lived to see in print, but without her name on the cover. 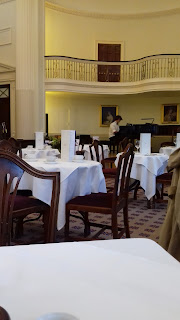 ‘Northanger Abbey’ and ‘Persuasion’ were not published until a year after she died. Only later was her authorship acknowledged.

It is said that she did not earn much money from her writing whilst alive. However since her death her novels have been in almost constant print.

Some of her writings were pirated. They were translated into French without her consent and with no payment. 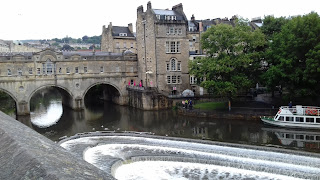 So with no official recognition, a low income and piracy issues, it has to be said that the life of ‘one of our greatest living authors’ wasn't in fact all that great.