Anniversaries trigger memories. It's inevitable. Some are sad. Fortunately most of mine are happy recollections. 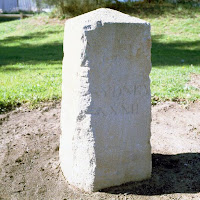 Last Friday was an anniversary I had hoped not to experience for many years. I have now been a widow for one year. Twelve months without the man who was indeed my soul mate, my rock, my lover, my friend. I could go on, but I won't. The memories of the short time we had together are precious, but they're mine and I don't need to write them down.

What I want to do now is reflect on the twelve months I have spent without Alan at my side. We had five months to prepare for his death. Amongst the important issues such as money, paperwork etc incongruously he thought it necessary to instruct me in trivialities such as how to secure the pin which ensured the hinge on the wheelie bin didn't come loose, how to use the petrol lawnmower. As for his funeral the only instructions he gave me were “I don't want a piss-up”.

He was pragmatic about life, ‘shit happens’ was his philosophy. There are things you can change and things you can't. For the first you need courage, for the latter you need resilience. Alan taught me to be both brave and resilient.

So I sorted out the money and tidied up the paperwork. I mowed the lawn and stopped the
wheelie bin lid falling off. 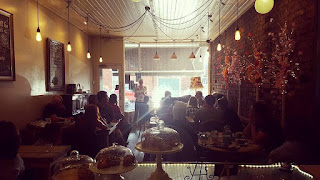 I've tried new things without him. Last year I went to the Swanwick Writers’ Conference. This year I've booked for the Fishguard Writers’ Holiday. I read at my first open mic and wished he'd been there to hear me - he'd have been proud.

The one thing I haven't yet achieved is his wish that I continue with my writing. I've submitted no new stories or articles since he died, although I have sent off poetry and flash fiction which has been published. And two stories and two articles I had submitted before he died have since been published. Again that conflict of emotions - knowing he would have been delighted to see them in print, and  sorrow that he won't now see them.


There are times I've felt rudderless, drifting without a purpose. But I've survived a year and that feels like an important milestone. Time now to start again, to make new plans. And yes, Alan, I shall follow your advice and be brave.